International Leaders in the field of MIcrobiome Research and Clinical Care will present their particular expertise.

The microbiome is changing the way we look at healthcare. 100 trillion bacterial cells in our guts hold many answers. Join experts from around the world as we dig deep into the gut and discuss recent microbiome findings and exciting upcoming endeavors.

This event is intended for medical professionals. Others may attend if space permits and with the approval of the program committee. For more information, email conference@ilads.org

This activity has been planned and implemented in accordance with the accreditation requirements and policies of the Michigan State Medical Society through the joint providership of MNI Great Lakes ECHO and the International Lyme and Associated Diseases Society. MNI Great Lakes ECHO is accredited by the Michigan State Medical Society to provide continuing medical education for clinicians.

AMA Credit Designation Statement:
MNI Great Lakes ECHO designates this live activity for a maximum of 7.75 AMA PRA Category 1 Credit'". Physicians should only claim the credit commensurate with the extent of their participation in the activity.

Topics to Be Discussed Include:

Sunday, March 19
Learn about the effect of food on the Microbiome: "The Good, the Bad and the Ugly"
Join us for lunch on Sunday at a local organic farm. An expert will give a lecture on how nutrition impacts healthy biomes; then we will share an organic lunch. This a unique experience and seats are limited.

If you are interested in submitting a poster for presentation at the meeting, please complete the abstract submission form below.

Please click here to see a list of hotels in the area. ILADS does not have a room block for this event.

James B. Adams, Ph.D., is the Director of the Autism/Asperger's Research Program at Arizona State University. His research focuses on the medical causes of autism and how to treat and prevent it including the areas of nutrition (vitamins/minerals, essential fatty acids, carnitine, digestive enzymes, special diets), oxidative stress, gut problems, gut bacteria, toxic metals, and seizures.   He has published over 150 peer-reviewed scientific articles, including over 40 related to autism.  He is also the President of the Autism Society of Greater Phoenix, the President of the Autism Nutrition Research Center, the co-leader of the Scientific Advisory Committee of the Autism Research Institute, and chair of the Scientific Advisory Board of the Neurological Health Foundation.  He has an adult daughter with autism. 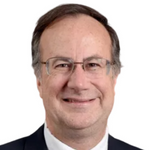 Dr. Borody’s clinical interests focus on the development of novel treatments including those of human gut microbiome using Faecal Microbiota Transplantation(FMT) to treat Clostridium difficile infection, colitis, irritable bowel syndrome as well as neurologic and autoimmune disorders. His first FMT in 1988 was carried out on a patient with colitis and she remains free of colitis for over 25 years. To date Dr Borody’s Clinic has been has completed close to 30,000 FMT treatments. In 1985 Borody pioneered the first effective triple antibiotic therapy for Helicobater pylori, which had a profound impact on curing hundreds of patients of their peptic ulcers, and was subsequently marketed in the US under the name of Helidac. He later licensed quadruple antibiotic therapy now marketed as Pylera. He also developed the next generation, FDA-approved treatment for resistant Helicobacter pylori, Talicia , licensed to Redhill Biopharma. He has also developed a Crohn’s disease treatment for Mycobacterium avium ss paratuberculosis, now in pivotal trials, as well as colonoscopy bowel prep products Glycoprep, Glycoprep C, Moviprep and a capsule prep licensed to Salix, currently in clinical development. In 1984 Borody established the Centre for Digestive Diseases (CDD) in Sydney, Australia and has overseen its growth into an active clinical research institute with 65 employees. He has filed over 165 patents.

Dr. Ehrlich is known within the Lyme community as a one person brain trust regarding research in this field.  He is the Director of the Center for Advanced Microbial Processing in the Department of Microbiology and Immunology at Drexel University College of Medicine. His research has focused on the field of translational infectious disease medicine. Throughout his career he has developed and/or utilized cutting-edge technologies to improve patient care through more accurate diagnoses and prognoses. He has played key roles in the development of molecular diagnostics (MDx) for more than 30 years. Dr. Ehrlich has also contributed substantially to the theoretical understanding of the biology behind chronic bacterial infections as well as chronic microbial infections.  This theoretical construct has been validated as a useful model for the understanding of the persistence of infection in the face of both an active immune response and antimicrobial treatment.  Dr. Ehrlich is President of the ILADEF board of directors. 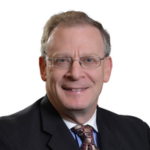 Dr. Fry has a BS in Microbiology, MS in Molecular Biology and Medical Degree all earned at the University of Arizona. He completed his Post graduate training at Banner Health and St Joseph’s Medical Center in the Phoenix metropolitan area. He has been in General Practice in the Scottsdale, Arizona since 1992 and has had a special clinical interest in CFS, autoimmune and vascular disease.

He has lectured nationally and has numerous publications, abstracts, and patents. His science interests are in the microbial causation of chronic disease, biofilms, and their treatment. Because of these interests Dr. Fry has worked on new methods for disease detection which have culminated in the development of a Next -Gen Sequencing system for microbial identification.

Dr. Fry is the founder of Fry Laboratories LLC, a CLIA clinical diagnostic laboratory that participates in CAP and API validation systems. He founded the Southwest Center for Chronic Disease to help fund basic medical research. The laboratory specializes in the vector borne diseases, molecular methods of detection of prokaryotes, archaea, protozoans, fungi, and viruses. Dr. Fry enjoys family time and has a private pilots license, is an avid skier, sailor and bicyclist. 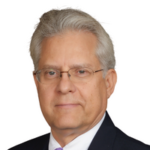 Dr. K. Leigh Greathouse is an Associate Professor at Baylor University with appointments in Biology and Nutrition Sciences. Her background spans the fields of cancer biology, epidemiology, and nutrition. She received her Ph.D. from the University of Texas and M.D. Anderson Cancer Center, and her M.P.H. from Johns Hopkins Bloomberg School of Public Health. She completed her postdoctoral training at the National Cancer Institute in the laboratory of Dr. Curtis Harris, where she discovered a novel microbiome-gene interaction in lung cancer associated with mutations in the tumor suppressor gene TP53. After completing her postdoctoral work, in 2015, she joined Baylor University. Currently, the focus of her laboratory at Baylor is on elucidating the relationship between diet and the microbiome and its impact on cancer etiology and effects on treatment for colorectal cancer. 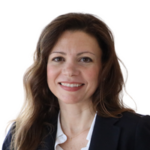 As a specialist in gastroenterology, internal medicine, and hepatology, Dr. Hazan has used her expertise in many regards over the last two decades. Dr. Hazan is also the Founder & CEO of the Malibu Specialty Center and Ventura Clinical Trials, where she conducts and oversees clinical trials for cutting-edge research on various medical issues. Dr. Hazan is a top clinical investigator for multiple pharmaceutical companies, and also acts as the series editor of Practical Gastroenterology on the microbiome, a peer review journal that reaches 18,000 gastroenterologists. She was and is a speaker for World Congress of Digestive Disease, MAGI, Microbiome Congress, International Drug Discovery Science and Technology Conference and NIST (National Institute of Standards and Technology). 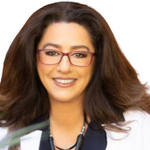 Scott Jackson joined NIST in May of 2014 after 11 years as a principal investigator with the FDA.  At FDA, his research focused on characterizing the global genomic diversity of enteric pathogens, with applications for food safety, bioforensics and public health.  At NIST, Scott is currently the leader of the Complex Microbial Systems Group in the Biosystems and Biomaterials Division.  In this current role, Scott is leading efforts to improve microbiome and metagenomic measurements by organizing inter-lab studies, developing reference materials and reference methods, and developing in vitro tools that allow us to better understand microbial community resilience and evolution.  Scott completed his PhD research in the biochemistry and biophysics departments at The University of Maryland and Johns Hopkins University, respectfully, where he focused on the evolution of mobile genetic elements using yeast as a model genetic organism.  Scott performed huis undergraduate studies in Chemistry and Geology at the University of South Carolina. 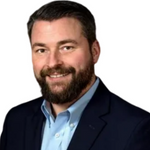 The focus of Dr. Kelly’s research and clinical practice is Clostridium difficile infection (CDI) and fecal microbiota transplantation (FMT). She was the principal investigator (PI) for a first placebo-controlled trial of FMT for treatment of recurrent CDI and one of the first investigators to sponsor of an investigational new drug (IND) application for FMT with the Food and Drug Administration. She has since served on several working groups focusing on regulatory issues related to FMT. Dr. Kelly is currently site PI for an industry funded trial of live microbiota for treatment of recurrent CDI as well as investigator-initiated clinical trials assessing conventional FMT for CDI treatment. Dr. Kelly is interested in the long-term effects around manipulation of gut microbiota and serves as one of the PIs for an NIH-funded FMT National Registry which will answer important questions around the safety of FMT. She has collaborated on several studies investigating the impact of FMT on patients with Inflammatory Bowel Disease, Nonalcoholic Fatty Liver Disease and Alopecia Areata. In addition to coauthoring current FMT guidelines and participating in drafting the European Consensus Conference on Fecal Microbiota Transplant in Clinical Practice, she serves as the primary author for the forthcoming American College of Gastroenterology (ACG) 2019 C. difficile treatment guidelines. Dr. Kelly is a Fellow in the ACG and is a Fellow and past member of the scientific advisory board for Gut Microbiome Research and Education of the American Gastroenterological Association. 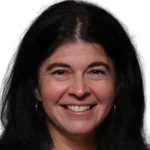 Dr. Omar Morales was born in San Diego and lived in Tijuana until 2003. He studied at The University of Guadalajara, receiving a secondary degree in Transfusion Medicine with a focus on immunological diseases. He later moved to Puerto Vallarta where he developed a special interest in treating tropical diseases with a hematological approach. He is CEO and founder of Lyme Mexico Clinic which employs a multidisciplinary and integrative approach to address the challenges of Lyme disease. Additionally, Dr. Morales is currently Chair of the ILADS Latin America work group, on the advisory board of CA Spinal Rehab Clinic, oversees the Puerto Vallarta blood bank, serves as the Medical Sub-Director of the Biomedical Center, and is President/Co-Founder of Biomedical Cancer Institute. Dr. Morales is also an active researcher of the renowned Biomedical Center de Occidente and contributes to national and international publications. 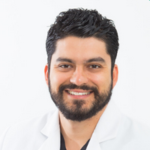 Dr. Mozayeni was trained in Internal Medicine and Rheumatology at Yale and at NIH. He has had pre- and post-doctoral Fellowships in Molecular Biophysics and Biochemistry at Yale, and also at NIH where he was a Howard Hughes Research Scholar at LMB/DCBD/NCI and later, Senior Staff Fellow at LMMB/NHLBI/NIH. He is an expert in Translational Medicine, the science and art of advancing medical science safely and efficiently. He is a Fellow of the non-profit Think Lead Innovate Foundation and is a co-founder of the Foundation for the Study of Inflammatory Diseases. He is a Founder of the Foundation for the Study of Inflammatory Diseases to crowd-source medical solutions for complex conditions using existing knowledge, diagnostic methods, and therapies to meet patient needs immediately. He is the Chief Medical Officer of Galaxy Diagnostics, LLC. Dr. Mozayeni has held admitting privileges (since 1994) on the clinical staff of Suburban Hospital, a member of Johns Hopkins Medicine and an affiliate of the National Institutes of Health Clinical Center. 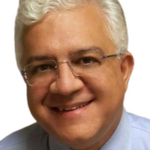 Registration for the 2023 Malibu Microbiome Meeting is 100% refundable if cancelled within 24 hours of the date you registered. After 24 hours no cancellations will be accepted.