Dr. B. Robert Mozayeni was trained in Internal Medicine and Rheumatology at Yale and at NIH. He has had pre- and post-doctoral Fellowships in Molecular Biophysics and Biochemistry at Yale, and also at NIH where he was a Howard Hughes Research Scholar at LMB/DCBD/NCI and later, Senior Staff Fellow at LMMB/NHLBI/NIH. He is an expert in Translational Medicine, the science and art of advancing medical science safely and efficiently. He is a Fellow of the non-profit Think Lead Innovate Foundation and is a co-founder of the Foundation for the Study of Inflammatory Diseases. He is a Founder of the Foundation for the Study of Inflammatory Diseases to crowd-source medical solutions for complex conditions using existing knowledge, diagnostic methods, and therapies to meet patient needs immediately. He is the Chief Medical Officer of Galaxy Diagnostics, LLC. And, he was recently appointed to be a Board member of the Human-Kind Alliance. Dr. Mozayeni has held admitting privileges (since 1994) on the clinical staff of Suburban Hospital, a member of Johns Hopkins Medicine and an affiliate of the National Institutes of Health Clinical Center.

Leo J. Shea III, Ph.D. served two terms as President of ILADS — from 2011-2013, and again from 2017 to 2019. He is also a former President of the International Lyme and Associated Diseases Educational Foundation (ILADEF).

Dr. Shea is currently President of Neuropsychological Evaluation and Treatment Services, P.C. with offices in New York City and Quincy, Massachusetts. His practice focuses on traumatic brain injury, tick-borne diseases, chronic illness, forensic work, and trauma and provides cognitive remediation and psychotherapy to individuals and families. Dr. Shea is a Senior Staff Psychologist and Clinical Associate Professor of Rehabilitation Medicine at Rusk Institute, a division of the New York University-Langone Medical Center. Prior to his present work with tick-borne and immunological disorders, he was Assistant Director of the NYU Brain Injury Day Treatment Program. Dr. Shea has also served as an organizational consultant to national and international corporations on human resources, administrative and executive training and development, trauma response and health care issues.

Dr. Shor is an Associate Clinical Professor at George Washington University in Washington, DC. Dr. Shor received his MD from Medical University of South Carolina College of Medicine, and subsequently cultivated an interest in managing chronic fatigue syndrome and associated conditions, which ultimately led to his expertise in Lyme disease. Dr. Shor has presented to Congress on Lyme disease, appeared on NPR’s nationally syndicated Diane Rehm Show twice, and in 2010, was invited to serve on the Virginia Governor's Task Force on Lyme disease. Dr. Shor serves as Chair of the Loudoun County Lyme Commission, while actively pursuing clinical activity in the management of complex patients, and overseeing research and contributing to publishing in peer-reviewed literature.

Dr. Cameron graduated from the University of Minnesota followed by residencies at Beth Israel Medical Center and Mt. Sinai School of Medicine in New York. Dr. Cameron is widely recognized for conducting epidemiologic research while practicing medicine. He has been viewed as a pioneer in Lyme disease as an author of practice guidelines, analytic reviews, and clinical trials. Dr. Cameron led ILADS as president from 2007-09 and again from 2013-15. He testified as an expert on Lyme disease for legislation in Connecticut, Massachusetts, and Pennsylvania for physicians’ rights to diagnose Lyme disease using clinical judgment without interference. He has been interviewed as an expert on the NBC Today Show, Good Morning America, Fox News, Sirius radio and in newspapers. Dr. Cameron currently sees patients in his private practice in Mt. Kisco, New York, while continuing his research and writing.

Robert C. Bransfield, MD, DLFAPA was President of ILADS from 2009-2011. Dr Bransfield is in the private practice of psychiatry in Red Bank, NJ, and is an Associate Clinical Professor at Rutgers-RWJ School of Medicine. He is also a past President of the New Jersey Psychiatric Association, as well as the International Lyme and Associated Diseases Educational Foundation (ILADEF). Dr. Bransfield is board certified by the American Board of Psychiatry and Neurology and is a Distinguished Life Fellow of the American Psychiatric Association. He earned his medical degree from the George Washington University School of Medicine in Washington, DC and completed a residency in psychiatry at Sheppard and Enoch Pratt Hospital. Dr. Bransfield has an interest in healthcare policy and the association between infections, psychoimmunology, and mental illness. He has authored a number of publications in peer-reviewed literature, other medical publications, and books; has presented at numerous medical conferences, both nationally and internationally, and has appeared on network and regional television and radio.

Since leaving his position on the ILADS Boards, Dr. Bransfield has enjoyed more time for scientific pursuits. He has dedicated this time towards completing articles, joint projects, interviews, scientific presentations, medical education, and expert witness work while still treating patients and operating the Microbes and Mental Illness Discussion Group. Much work still needs to be done in Europe to overcome the misperception that chronic multisystem illnesses have a psychogenic basis, and Dr. Bransfield is proud to contribute to forward progress towards this goal. 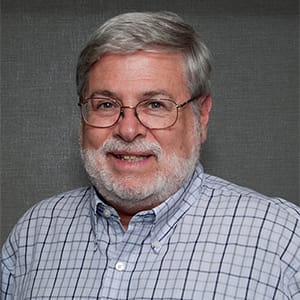 He is a recipient of the American Medical Association Award for Physician Excellence and an Outstanding Reviewer Award from the Annals of Internal Medicine. He has authored over 200 medical journal articles and abstracts. Areas of special interest include coagulation disorders, emerging infectious diseases, immunodeficiency, immunologic infertility, and tick-borne diseases. 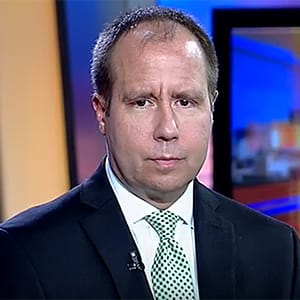 Steven E. Phillips, MD is a Yale-trained physician specializing in Lyme, bartonella, and other zoonotic infections. Well-published in the peer-reviewed medical literature, he’s treated over 20,000 patients from over 20 countries, and repeatedly served as a Lyme disease expert for the states of CT, NY, RI, and VT, providing testimony during their respective public hearings which resulted in changes to existing healthcare laws. Phillips has lectured at numerous medical schools, societies and hospitals, is an in-demand guest expert for TV and other media, and has been a longstanding public face of the Lyme and bartonella pandemic.

Dr. Phillips was also one of a handful of physicians from the United States invited to provide expert testimony at the Infectious Diseases Society of America Hearing in Washington, DC in 2009. His written testimony for that hearing is 81 pages long with 226 medical references and is one of the most comprehensive reviews on the topic of complex late-stage Lyme disease as of that date. With over two decades of experience in successfully treating patients with complex chronic illness, he has been on the leading edge of teaching that inflammatory and rheumatic conditions can be caused by occult infection with Lyme, bartonella, and other microbes. 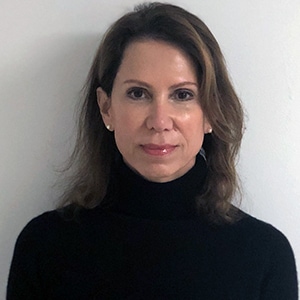 After serving two terms as president from 1999-2003, Dr. Gaito remained on the Board and was the chairman of the Ethics Committee for 15 years. She has been in private practice as a rheumatologist specializing in Lyme disease in Basking Ridge, NJ for 29 years. Dr. Gaito has participated in numerous studies to date and recently published the first paper comparing Lyme disease in humans and dogs, "Comparative Analysis of the infectivity rate of both Borrelia burg. and Anaplasmosis phag. in humans and dogs in a New Jersey Community", and participated in a second publication in 2018, "A Community Study of Borrelia burg. antibodies among Individuals with Prior Lyme Disease in Endemic Area". In 2012, Dr. Gaito received the “Woman of the Year in Medicine” award from the State of New Jersey for her work in the community with tick-borne illnesses. 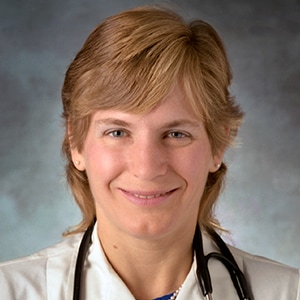 While Dr. MacKnight may have ended her practice of medicine in 1990, she continued to contribute to the study of Lyme Disease as one of the founders of the International Lyme and Associated Diseases Society as its first President. In addition to her work as the President of ILADS, Dr. MacKnight was both a lecturer and an author who raised public awareness of how to recognize and treat Lyme Disease.

Dr. MacKnight passed away on August 15, 2010, but her work lives on through ILADS and its mission.